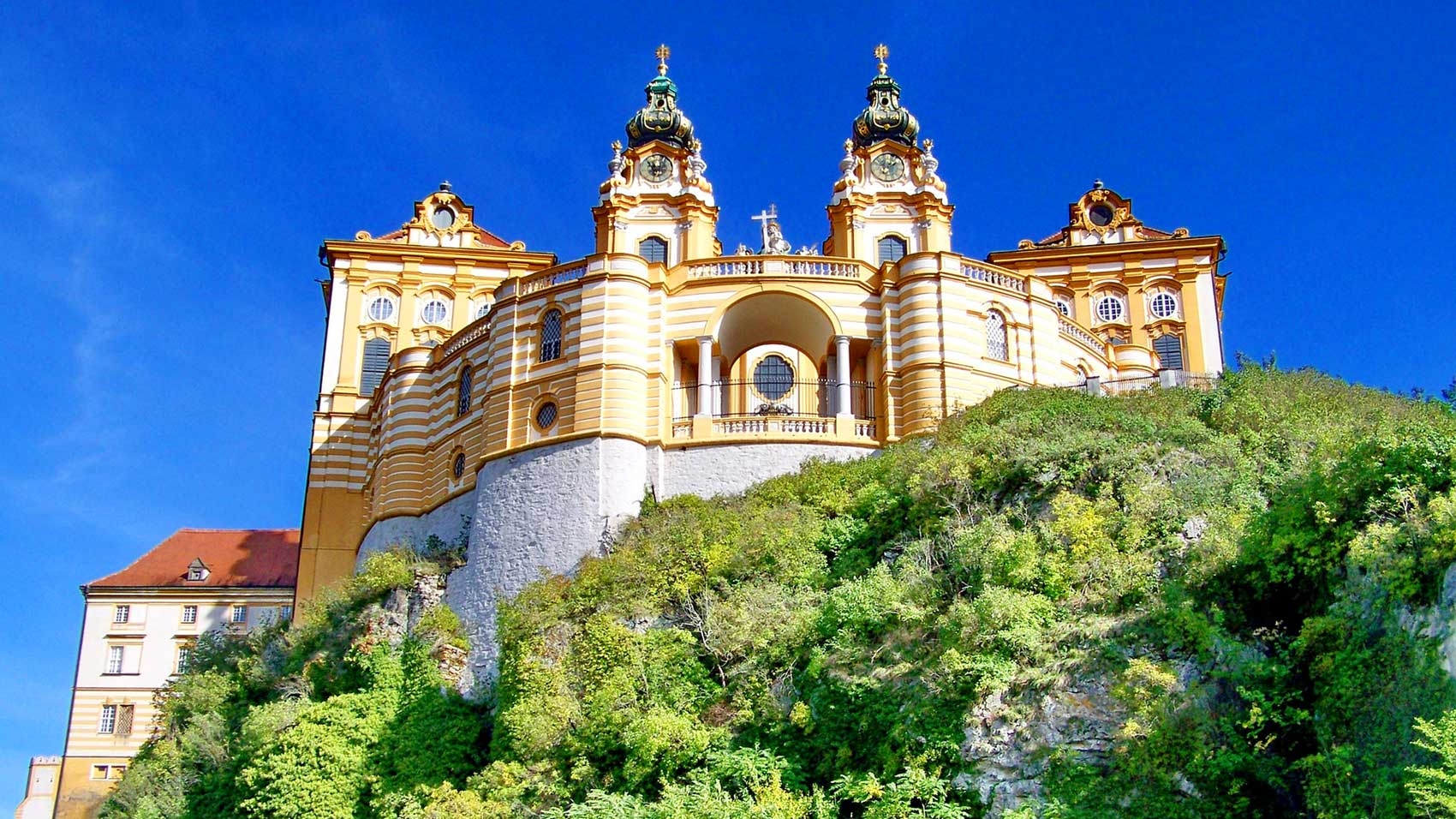 If you’re looking for awesome day trips from Vienna, Austria, I definitely recommend visiting Stift Melk Abbey! I’m SO excited to tell you about this incredible abbey and why it ended up being the highlight of my entire trip to Austria.

When my sister, mom and I were planning our day trip from Vienna to Salzburg, we hummed and hawed about whether we’d stop by Stift Melk Abbey. We knew we wanted to drive through the beautiful Wachau valley to see the wineries and castles, so we left the option open. But then when we arrived at the town of Melk and drove up to the abbey, we weren’t sure.

In all honesty, I didn’t think that the Stift Melk Abbey looked like much on the outside. My sister and I’ve seen some pretty remarkable, STUNNING European cathedrals, palaces, gardens, castles. How could the abbey compare? Plus, we somehow missed the main parking lot and had to pay for parking in town below … and then walk up-hill with my older (but spritely!) mom. I didn’t think Stift Melk Abbey would be worth the effort.

But it was probably my sister who said, “we’re here, let’s just check it out” … and it ended up literally taking my breath away. I probably should’ve guessed, since it’s a world-famous UNESCO site. But let me tell you why it’s worth your visit!

You may also like: One Day in PRAGUE: What I Loved and Hated

Stift Melk Abbey has quite a history. Before it was converted into a monastery in the 11th Century, it was a Babenberg castle where the margraves guarded important church treasures.

Since 1089, monks of Saint Benedict have lived and worked at Stift Melk Abbey. This includes during the Reformation (1500s), Napoleon occupation (1800s) and Nazi annexation (1900s). They continue to live and work at Melk’s abbey, serving 23 parishes and running Austria’s biggest Catholic private school with about 900 students (both boys and girls), which dates back to at least 1160.

How to get to Stift Melk Abbey

Stift Melk Abbey is located in the small Lower Austrian town of Melk. Melk is in the pretty Wachau Valley, with the Danube River flowing through it and sprinkled with wineries and castles atop the hillsides.

From Vienna, it takes just over an hour to reach Melk by train or car. If you drive the pretty Wachau Valley through Krems to get to Melk (head north of Vienna on Highway A22), it’s about 1.75 hours (plus stops).

Stift Melk Abbey rises like a fortress on a rocky plateau above the community of Melk and the Danube River valley below. Despite this grand position, its exterior actually gave me a rather humble impression.

And then it just got better. Like, WAY better.

Along the Imperial Wing of the Melk abbey complex is a museum that houses a pretty impressive collection. This collection includes historic documents about the monastery, information about Austria’s history, and artistic pieces, like a Romanesque cross, an 11th-Century portable altar with intricate carvings in walrus horn, and exquisite garments worn by monastic leaders over the centuries.

Among its many paintings is “the Bible of the poor” – a beautiful set of scenes from the Bible painted for those who couldn’t read. These paintings were my favorite, along with the detailed model of the Melk abbey complex. Miniatures tend to fascinate me!

Interesting tidbit: Napoleon stayed in one of the Melk Abbey’s 88 imperial rooms.

At the end of the Imperial Wing is the Marble Hall. Originally it was used as the dining hall for the imperial family and distinguished guests; now it’s reserved for formal ceremonies and receptions. Its materials are a combination of real marble for the door frames and stucco marble for the walls.

The ceiling in the Marble Hall is fascinating: a beautiful 1731 fresco painted ceiling by Tirolean Paul Troger. It portrays the House of Habsburg rulers leading their people from darkness and evil to light and good. The architectural painting is by Gaetano Fanti.

I spent a looong time staring up at the Marble Hall ceiling from different points in the hall, trying to take it all in. And honestly, I thought this was the highlight of the Melk Abbey, so I took my time.

Panoramic terrace views over Melk and the Wachau Valley

When you exit the Marble Hall, you’re treated to a magnificent view over the Danube River, Wachau Valley and the town of Melk. This marvelous terrace balcony stretches outward over the river valley. Take your time to breathe in the fresh air and take in the view.

On the inside of the terrace is also a terrific view of the twin towers of the monastery church. These towers are decorated by the church’s patron saint, Coloman of Stockerau, Paul, Michael and a guardian angel.

The terrace connects the lovely Marble Hall to the incredible Melk Abbey library. Here we go!

There’s something so romantic about vast and ancient collections of the written word, isn’t there? Melk Abbey Library has floor-to-ceiling bookshelves, with glowing, golden accents and warm, muted colors of the 1731 Paul Troger fresco ceiling above.

The Melk Abbey Library collection is 100,000 volumes strong, with 1800 manuscripts and 750 incunabula (books printed before 1501). And while its collection includes plenty of medieval manuscripts, it’s continually being updated with modern books, too. Two rooms on the main floor are open to the public and hold about 16,000 books. A spiral staircase leads to upper rooms and its scientific, natural history, and musical manuscripts collections.

But the true gem? For me, it was undoubtedly the historic manuscript on display in the center of the library: the Holy Scriptures penned by Martin Luther himself. The chapters and verses were in small, tight paragraphs and marked by elegant Roman numerals, of course. It was beautiful.

And such a surprise … it completely took my breath away. That such EPIC history was right there, in front of my eyes. THIS was the highlight of my entire visit to Austria and made visiting Stift Melk Abbey so incredibly worthwhile. SO. COOL.

Now, I have to say that I found the spiral staircase and passageway between the library and the church rather underwhelming. It felt like being in a school. (And it is a school, so I guess this makes sense!) So, I wasn’t expecting much from the church.

But WOW. The Melk Abbey Church is a remarkably ornate, exquisite, STUNNING church.

Built over 34 years by the highly sought-after master theatre builder Antonio Beduzzi, to the architectural brilliance of Jakob Prandtauer and featuring notable artists like Johann Michael Rottmayr, it’s arguably the most incredible baroque church in the world.

Its Rottmayr frescoed nave ceiling from 1722, and 1716 heavens opening up inside the 200-foot-tall dome and cupola … A magnificent high altar that features an enormous golden crown hovering above Peter and Paul, surrounded by Old Testament prophets and God the Father enthroned above … Decorated pillars and detailed gilded woodwork at every corner … A massive pipe organ that blends in perfectly with its ornate surroundings.

Both sides of the Melk Abbey Church are lined with splendid yet humbling tributes to early church martyrs. An unknown corpse is entombed right there before your eyes; a stark reminder of man’s mortality. The lights slowly flickered off and on to tell us of an upcoming service, which only accentuated the intricate gold accents along the walls, ceilings and terraces.

This truly EPIC church may just be my favorite in all of Europe. It’s amazing how this magnificent church can also give you an incredibly intimate experience.

You may also like: 15 Virtual Tours of Famous Historic Sites Around the World

Other areas to enjoy in the Melk Abbey Complex

Just outside the abbey are three other areas you should explore. They’re included in your general admission:

Expoza Travel has quite a thorough travel video guide of Stift Melk Abbey (9.5 minutes). BUT I’m very disappointed that it doesn’t cover the magnificent library.

Visitors are encouraged to arrive midday or in the afternoon to avoid large crowds, and to plan for about 2.5 hours. We were here on a Tuesday morning in mid-July and it wasn’t too busy.

While visiting Stift Melk Abbey, you can also enjoy a restaurant, cafe and souvenir shop. If you’re lucky, you can also plan your visit around an evening concert or Sunday matinee (see details on donau.com).

Most of the abbey is wheelchair-accessible and offers discounts, parking and elevators (see details on the Abbey’s website).

Free at the main lot just before you reach the abbey. Next to the main lot is an area for accessible parking. Just beyond this is a lot for bikes.

Resources and Where to Go from Stift Melk Abbey

The most scenic part of the Wachau Valley lies between Melk and Krems. And arguably the best way to experience it is a 3- to 4-hour gentle downhill bike ride.

For more information on visiting Wachau Valley and Austria, I highly recommend picking up a Lonely Planet guidebook and checking out donau.com. For lots of day trips from Vienna, check out Viator.

I can’t believe I almost passed over visiting Stift Melk Abbey for myself. It was incredible, and I highly recommend paying it a visit yourself. 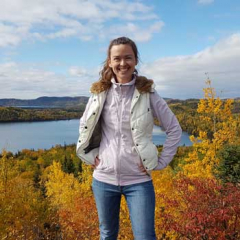 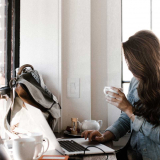 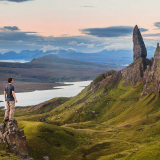 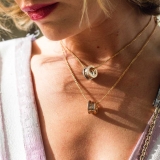 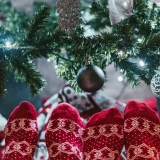 Are you looking for fun and LOW-STRESS romantic Christma ... 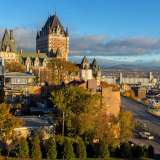 Dreaming of a romantic getaway near Montreal or Quebec City ... 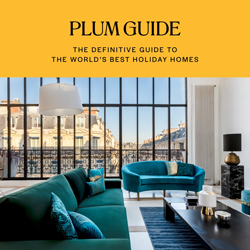